Hello all, boundtoo here. I'm a kinky and generally submissive male from England. I'm married with an open-minded kinky wife but she is far less kinky than me and not really into bondage herself except when it came to tying me up but it has been a while since we indulged as a couple. I often play with self-bondage and have done so since my early years which is quite some time ago now, where does it all go.
I'm here for ideas, adding my fourpenny worth of nothingness, and chat, and as I'm stuck for what else more to type but you want to know more just ask but just remember after I've told you that you did ask. 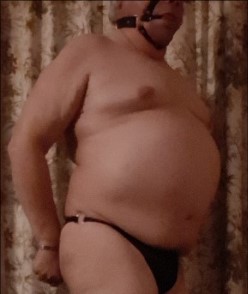 Welcome to the forum.
Never confuse your ambition with your abilitues, if you can't free yourself who will?
Top

Return to “Introduce Yourself”